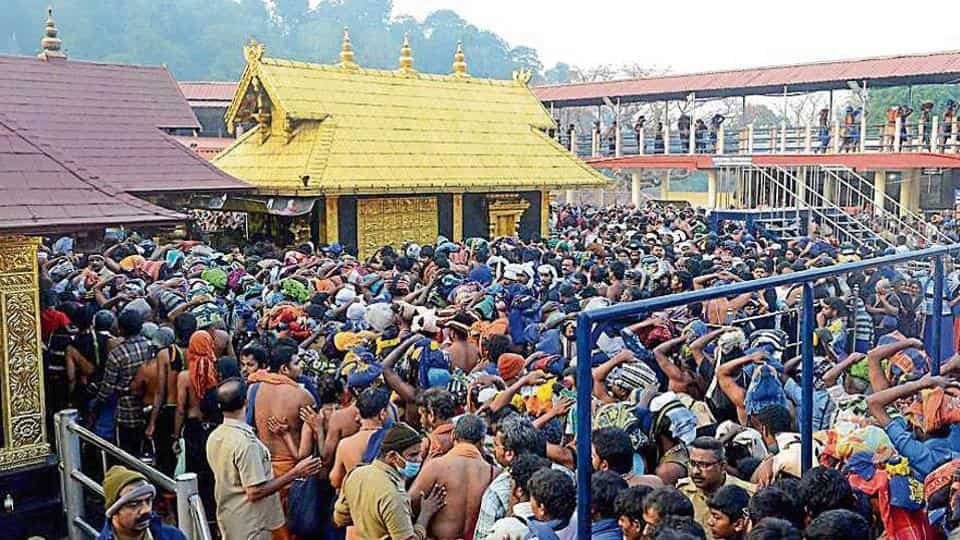 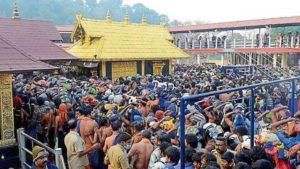 For decades, a set of police barricades on the banks of the Pambha river have acted as a gate keeper for women devotees of the Sabarimala temple. Situated about 5 km from the hilltop shrine, the barricades next to a Ganpati temple are manned by large numbers of police personnel who stop any women between 10 and 50 years of age, often asking for age documents.

On Friday, within hours of the Supreme Court allowing the entry of women of all ages into the Sabarimala temple, the police disappeared and the barricades became history.

At Pambha town itself, considered the base camp for the shrine, the reaction among the devotees was mixed. As cable networks are still badly damaged from the recent floods that ravaged the state, many pilgrims gathered around radio sets to hear the news. Some called their friends and relatives. The more conservative among the pilgrims said they were shocked by the verdict; others agreed that customs have to change with the times.

Rajappan Nair, 67, and a Sabarimala veteran — he claimed to have offered prayers at Sabarimala 40 times — said he cannot believe the verdict. “We respect the court and firmly believe it is the last word. But still, I feel the sentiments of devotees were overlooked. It was not a clash between gender and customs. In many temples, customs are different depending on the presiding deity. Will the court intervene there also?” he asked, citing the example of Attukal temple in Thiruvananthapuram where men are not allowed to perform the annual ‘pongala’ (an offering to Devi) ritual.

Other devotees add that most women , except activists, will not undertake the journey at least for some time. “I don’t think it is discriminatory. It is a custom, a part of the temple ritual. I will wait till I attain the age of 50,” said Saritha Devi,43, a nurse at a clinic near Pambha. “I don’t think any women from my family will rush to the temple,” said another devotee Devika Nair.

Some at the camp said they were worried about the safety of women. “During the three-month season (November to January), 30-40 million devotes throng the temple, Minor stampedes are regular. Women need separate bathing ghats, toilet complex and queues. The hands of the Travancore Devasom Board (which manages temple affairs) will be full,” said a senior employee of the Travancore Devasom Board (TDB), who did not want to be identified. The board already possesses land from the government and forest department to build a separate complex for women.

“For many centuries, women have been conditioned by various traditions and taboos to believe they are less than men. A biological difference cannot be the yardstick to measure one’s devotion,” said Congress leader Bindhu Krishna, a strong votary of women’s entry into Sabarimala.