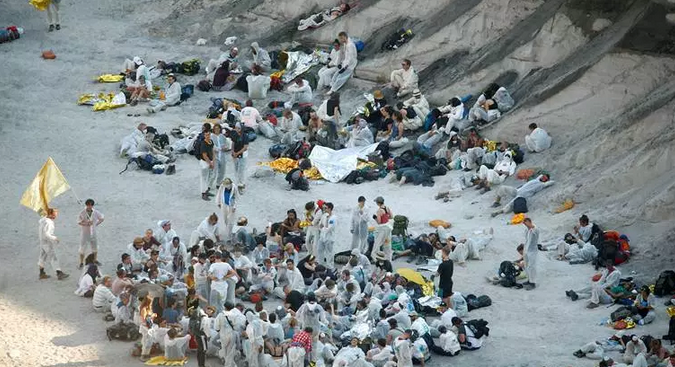 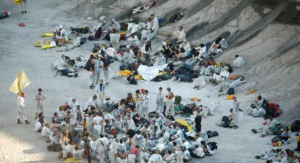 Hundreds of environmental activists broke through a police cordon to enter one of Germany’s biggest lignite coal mines Saturday, determined to draw attention to the urgency of climate change after a plan to make the European Union carbon neutral by 2050 failed to find agreement.

Police ordered the activists to leave the vast, open-pit Garzweiler mine in western Germany, citing life-threatening dangers. German news agency dpa reported that some officers were hurt, but didn’t have any further details.

The occupation was among several demonstrations near the mine and adjacent power plants that attracted thousands of people to the village of Hochneukirch and surrounding Rhineland areas.

The mine has been a focus of environmental protests in recent years because the operator, German utility company RWE, planned to cut down a forest to enlarge it.

“It’s important to increase the pressure on the government,” protester Selma Schubert said. “The government doesn’t do enough against climate change.”

Participants in the Saturday protests held banners calling for climate protection and sang songs as they marched. According to German environmental group Bund, more than 8,000 people took part.

“You’re building a movement, that’s beautiful,” Seimi Rowin, who came from Scotland to protest, said. “But we need to get to the next step … otherwise future generations will pay for it.”

Following months of climate protests by students and a sharp rise in the polls for Germany’s Green party, Chancellor Angela Merkel recently threw her weight behind the goal of making Germany climate neutral by 2050. That would mean the country’s economy no longer would add greenhouse gases to the atmosphere.

Scientists say ending fossil fuel use by mid-century is a must if countries want to achieve the 2015 Paris climate accord’s most ambitious goal of keeping global temperatures from rising more than 1.5 degrees Celsius (2.7 degrees Fahrenheit) compared to pre-industrial times.