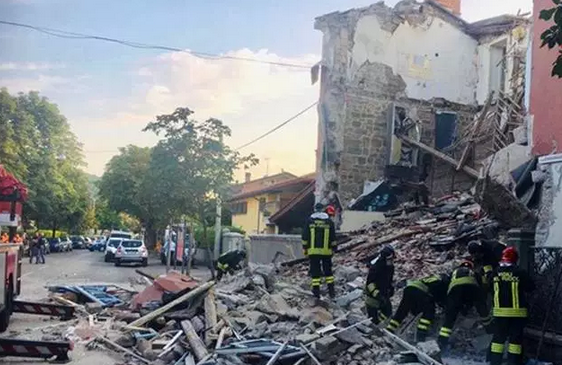 Italian firefighters say three people were killed by an explosion in an apartment building that appears to have been caused by a gas leak.

The explosion Thursday morning in the northeastern city of Gorizia near the Slovenian border completely leveled the building, leaving just outside walls standing on three sides. It took rescuers hours to locate the victims, which included a couple found in bed.

Gorizia Deputy Mayor Stefano Ceretta said there was no maintenance work on gas lines in the street, creating the hypothesis that the explosion was caused by the building’s system.

The news agency ANSA quoted a neighbor as saying that the explosion, which occurred right before 4 a.m., set off car alarms on the street, followed immediately by the sirens of rescue vehicles.