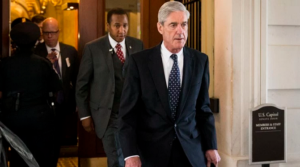 US Special Counsel Robert Mueller, who issued a report in April on Russian meddling in the 2016 presidential election, will testify in open session before the House of Representatives Judiciary and Intelligence Committees on July 17, the panels’ Democratic chairmen said on Tuesday.

Representative Jerrold Nadler, chairman of the judiciary panel, and Representative Adam Schiff, head of the intelligence panel, said in a joint statement that Mueller had agreed to testify after the two committees issued subpoenas on Tuesday.

A representative for Mueller did not immediately respond to a request for comment.

But the report found insufficient evidence to establish a criminal conspiracy between the campaign and Moscow.

The report, which was partially redacted, also outlined instances in which Trump tried to interfere with Mueller’s investigation, but declined to make a judgment on whether that amounted to obstruction of justice.

Trump says the report was a complete exoneration from what he called a witch hunt mounted by Democrats frustrated by his election victory.

But some Democrats have said the president should be removed from office through impeachment proceedings because of Mueller’s findings.

“Americans have demanded to hear directly from the Special Counsel so they can understand what he and his team examined, uncovered, and determined about Russia’s attack on our democracy, the Trump campaign’s acceptance and use of that help, and President Trump and his associates’ obstruction of the investigation into that attack,” Nadler and Schiff said in their statement.

Representative Doug Collins, the top Republican on the House Judiciary Committee, said in a statement: “I hope the special counsel’s testimony marks an end to the political gamesmanship that Judiciary Democrats have pursued at great cost to taxpayers.”

Schiff told MSNBC in an interview: “We never felt it was sufficient to rely simply on a written report or a 10-minute statement without the ability to follow up with questions.”

Mueller, in his first public comments since starting the investigation in May 2017, said on May 29 that his probe was never going to end with criminal charges against Trump and indicated it was up to Congress to decide whether he should be impeached.